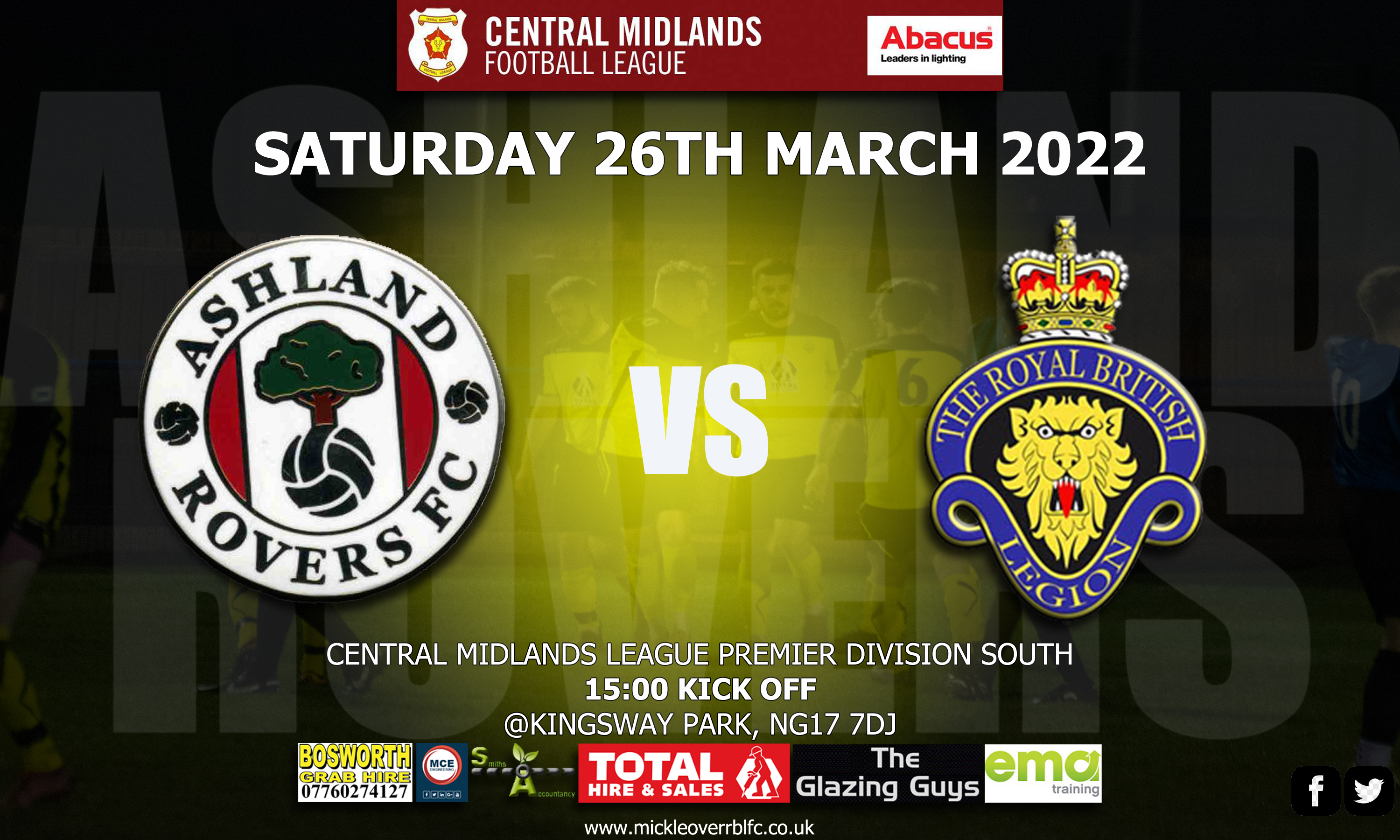 LIONS AIM FOR THREE IN A ROW AS THE REVIVAL CONTINUES

Following a superb away victory over in-form Sherwood Colliery Reserves, RBL are on their travels again as they make a similar trip this weekend. Having been in Mansfield Woodhouse last weekend, they have a slightly shorter trip to Kirkby in Ashfield, where they face Ashland Rovers at Kingsway Park.

Having extended their unbeaten run to five matches, with the last two being victories, RBL will be hoping to complete a second league double in two weeks, having beaten todays’ opponents at the legion earlier in the season. Ashland, in contrast, have lost every single match that they have played since mid November.

In their last match, RBL overcame Sherwood Colliery Reserves 3-1 at Debdale Park with a stunning performance to match. Goals from Lee Hillier, Jordan Lee and Jordan Wright wrapped up the points as only Daniel Townsend could find the net in reply for Sherwood.

Meanwhile, Ashland suffered their highest defeat of the season as they were hammered 11-0 by our neighbours, Mickleover Reserves at the Don Amott Arena in a midweek fixture, which followed a 3-0 defeat at home against Holbrook St Michaels last weekend.

With RBL still sitting in fifth spot, with three games in hand over the teams above them, the gap to the top three is looking more insurmountable with every passing week. With ten games remaining, there is still hope that a good run will get them back in the mix by the end of the season. The form table would suggest that todays match could be a foregone conclusion, however, manager Garry Smith will be keen to ensure the lads concentrate on getting the result today in what could well turn out to be a tough away match as Ashland battle to stay in the division.

The last time the two sides met was towards the end of September at Poppyfields Drive. Goals from Sam Groves, Daniel Minto and Sam Vickers gave RBL the victory as a James Whitmore brace was not enough for the visitors on that occasion.

The fixture at RBL in the 2019-20 season was cancelled due to the Covid-19 pandemic, while the away match saw Ashland winning 4-3 with Ashland Rovers sitting comfortably in the middle of the table after 22 matches when the season was halted.

In the 2018-19 season, RBL smashed four past Ashland in both meetings, with no reply at Poppyfields, and just a single goal in reply at Kingsway Park, seeing RBL taking all six points from Ashland that season.

The Lions take a 25 mile drive along the A38 from the Royal British Legion in Mickleover to Kingsway Park in Kirkby in Ashfield.

It's a straightforward route, heading along the A38 and joining Alfreton Road at the M! Junction 28 island. Follow Alfreton Road and turn left onto Town Street, followed by a left again onto Kirkby Lane. Kirkby Lane becomes Pinxton Road. Follow this and turn left at the junction onto Pinxton Road continued. Stay on this road until meeting an island, taking the last exit onto Chapel Street.
Follow the road until turning onto Hodgkinson Road on the right. Kingway Park is at the end of the road.