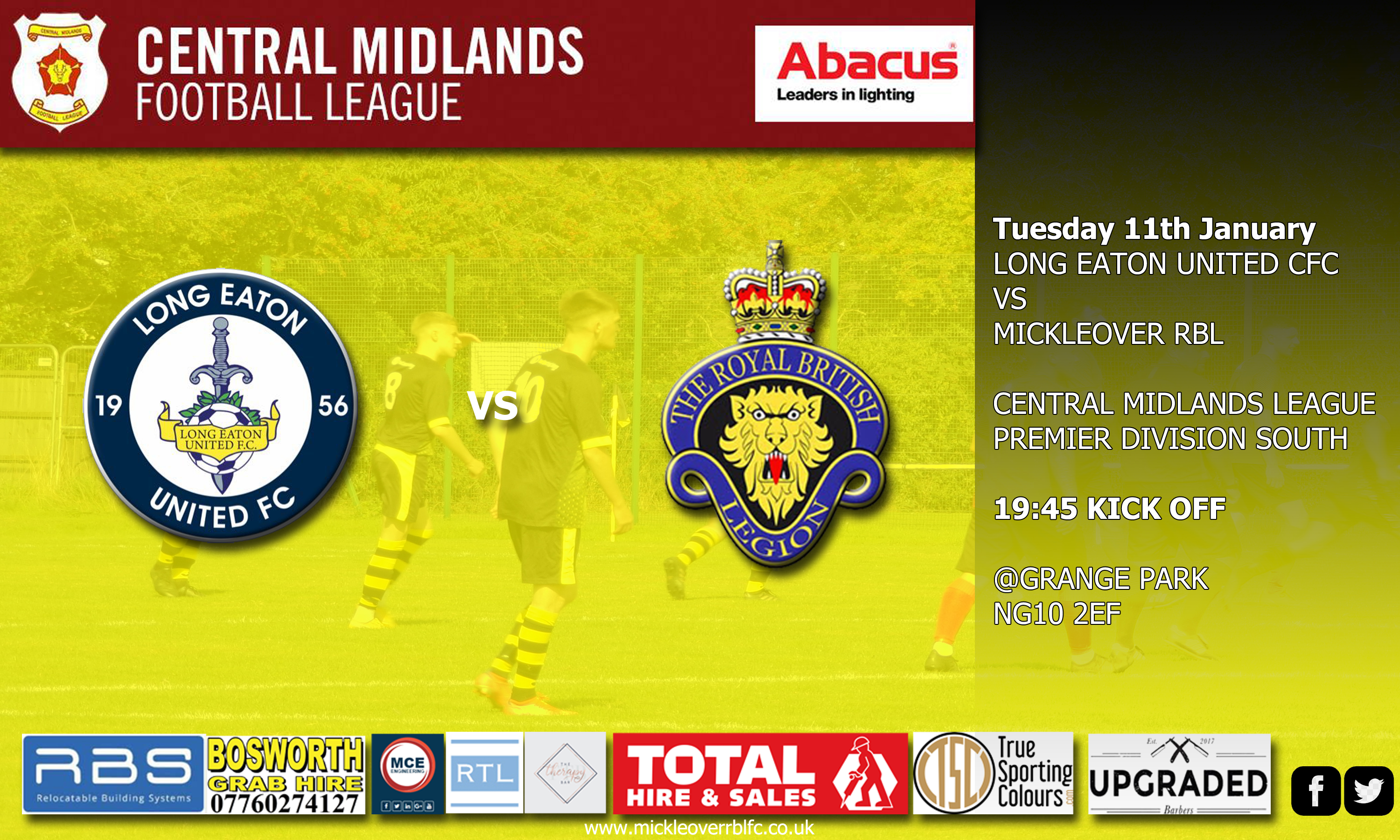 Happy new year to everyone and welcome back. With four games in hand and the highest points per games ratio in the division, the 2021 stage of the season can only be regarded as a roaring success. We hope to carry on these performance levels in 2022.

Next up, RBL travel to Long Eaton, where they face fifth placed Long Eaton United CFC. With eight points to make up on top spot, the Lions need to hit the ground running against a tough opposition, who themselves have their eye on promotion.

RBL’s last match saw an end to their run of consecutive victories in a match where a landslide victory would have been deserved, but the team had to be content with a 2 -2 draw at home against South Normanton Athletic. Against the run of play, South Normanton took the lead on 13 minutes through Jaydon Jones-Robinson and despite the hosts' pressure, the score at half time was 0-1. South Normanton doubled the lead just two minutes after the break through Elliott Bland. RBL threw everything at their opponents and scored twice in the next five minutes through Lewis Durow and a Liam Oliver penalty. From there, there would be only one winner and despite total dominance, RBL were unable to capitalise and had to make do with a single point when three was more deserved.

Long Eaton play their first match of the new year after rounding off 2021 with a 1-0 away victory over Rowsley 86 to move them level on points with RBL, having played three more matches. With seven points from their last three home matches, this will be a tough place to visit for RBL.

Both teams are in need of a win to keep up the pressure on the top places, a feisty encounter may be expected for the match under the lights tonight..

The two sides last met earlier at the start of this season, as the Lions scored either side of a Long Eaton goal to gain a tough 2-1 victory, with goals from Daniel Minto and Jordan Lee.

The Lions take a 28 mile drive along the A52 from the Royal British Legion in Mickleover to Grange Park in Long Eaton. Its a straightforward route, joining the A52 at Pentagon Island and following it all the way to Bardills Island at Toton. Take the second exit onto the B6003 and stay on the road until the Nottingham Road Junction. Turn left onto Nottingham Road and continue until the road starts to bear to the right. Here, take the left turn onto Station Road and after 200 yards turn left towards Grange Park.

The car park is reasonable and is right next to the entrance to the ground and clubhouse.