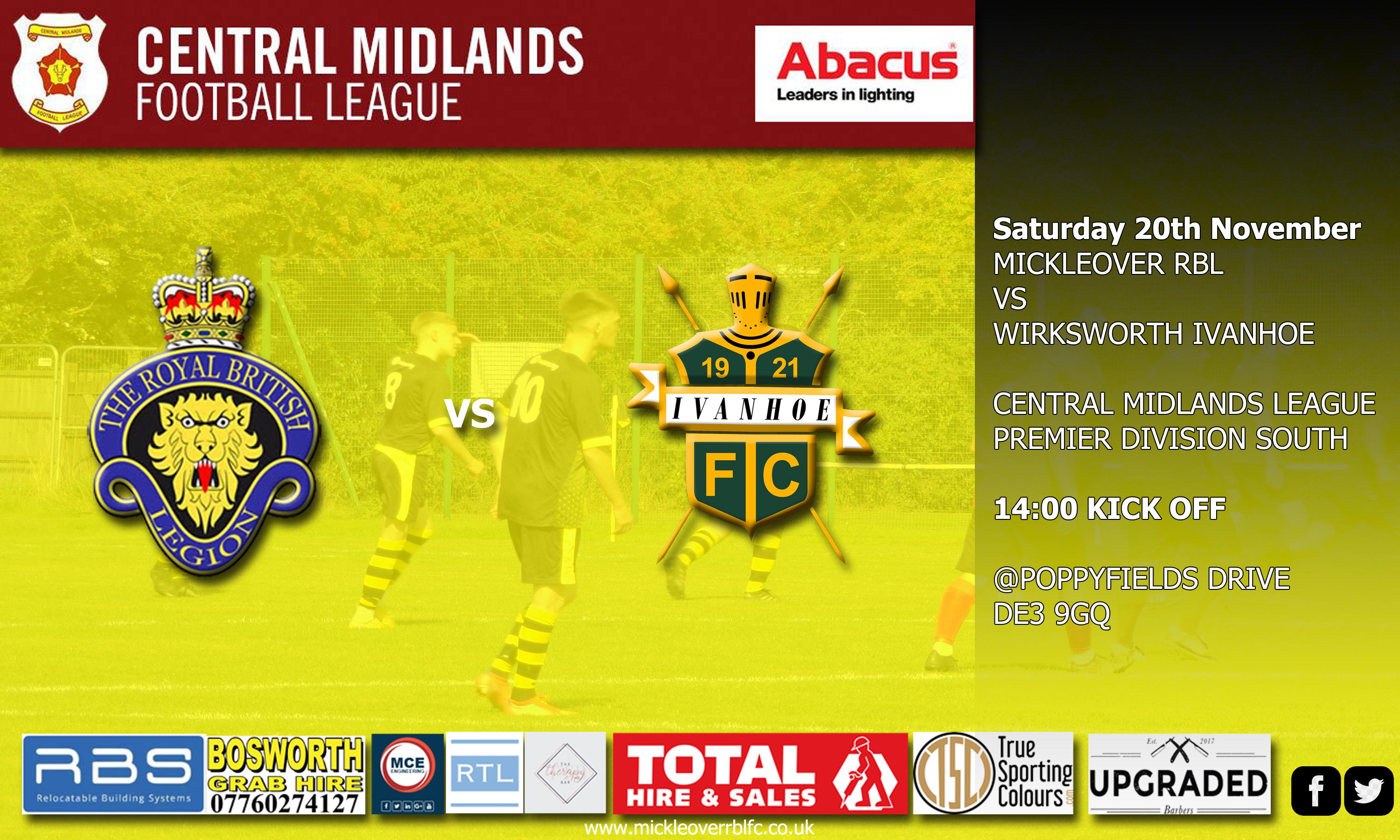 LIONS PLAY CATCH UP WITH FIRST RETURN FIXTURE OF THE SEASON

After another weekend with no fixture, the Lions have slipped further behind Blidworth, who won last weekend to sit eight point clear of Mickleover Reserves in second and nine points clear of RBL. Linby Colliery, having beaten Arnold Town last week, have moved level on points and sit in fourth spot, behind the Lions on goal difference. RBL, however, have games in hand over every team around them. Winning all would put them a minimum of four points clear at the top. Easier said than done.

This weekend, we see a first for the season, as we welcome Wirksworth Ivanhoe to the legion for what is the first return fixture of the season and an opportunity to build on a close 1-0 away victory at the start of the season.

RBL’s last match saw them take all three points from previously unbeaten Pinxton as they comfortably took a 3-0 victory. First half goals from Liam Oliver and Sam Vickers gave the hosts a commanding lead, which was extended in the second half as Vickers grabbed an early second. Pinxton saw a player sent off towards the end of the match.

Wirksworth Ivanhoe come to the legion on the back of an away 2-0 defeat against Sherwood Colliery Reserves. The team have struggled for form this season, with four defeats in the last seven matches, winning the other three.

The hosts will be looking to keep the pressure on the top two, with a ninth victory on the trot to keep their promotion charge on track and make up ground on Blidworth, who do not play this weekend. Wirksworth will be wanting to try to get revenge for the early season defeat.

The last time the two sides met was in early August as RBL had a midweek away trip. On a cowfield of a pitch, with grass in desperate need of a cut, an end to end match was played out with a lot of huffing and puffing and very little in the way of quality. The one moment of quality in the match saw Jordan Lee grab his fourth goal of the season to seal the points.

The visitors take a 16 mile drive from Wirksworth to the Royal British Legion in Mickleover. It's an easy route, taking the B5023 South from Wirksworth as far as the A6 at Duffield, turning right at the end of Broadway. Follow the A6 to the Abbey Hill Roundabout and join the A38 and follow it all the way to Kingsway. Then join Uttoxeter New Road, past the Royal Derby hospital into Mickleover. Take a right onto Western Rod, follow it around and Poppyfields Drive will be on the right hand side.