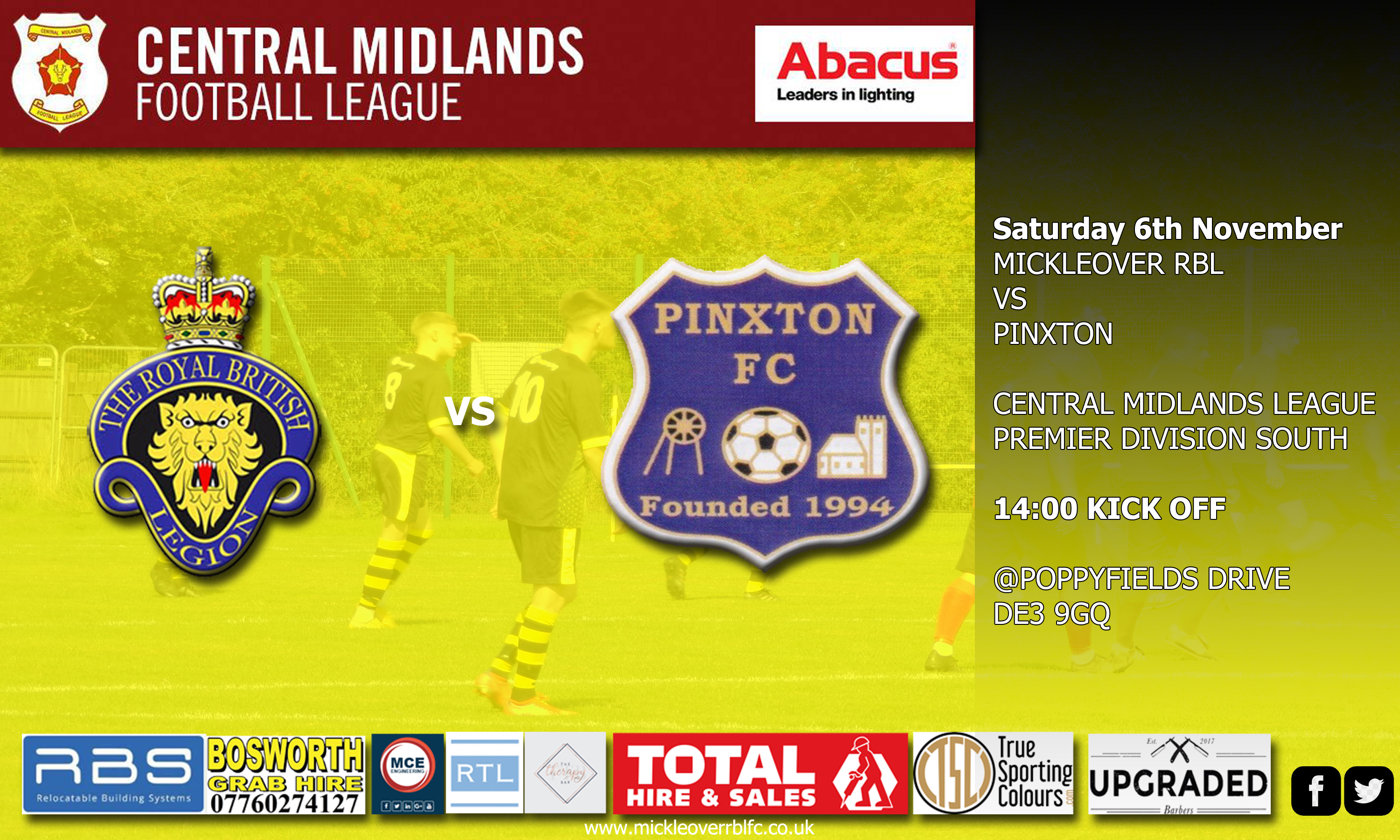 After a weekend with no fixture, the Lions have slipped to third in the league after Blidworth managed to fit in two victories in four days since RBL’s last match to take them back to the top, albeit having played more matches than virtually everyone else in the league.

In order to keep up the pressure on the teams at the top, RBL will need to keep winning matches right up to the point where they can take advantage of the games in hand. To do this, it cannot start any tougher than by hosting fifth placed Pinxton, who are yet to taste defeat, this weekend.

RBL’s last match saw them make it seven wins on the bounce as they took all three points against Teversal Reserves, who are fighting for their lives at the bottom end of the table. An early goal from Jack Gaucher, followed by a goal from Sam Vickers on the stroke of half time put the Lions in control of the match. A penalty from Liam Oliver midway through the second half sealed the points. This victory meant that RBL had a 100% record throughout the months of September and October.

Pinxton will visit the legion on the back of a fantastic run of their own, having gone unbeaten in all of their fourteen matches in all competitions. Having won their last six matches in a row, they will be high on confidence going into this match.

With both teams in hot form, the Bonfire weekend match looks likely to be full of fireworks.

The last time the two sides met was in February 2020 when Pixton visited the legion with two of our current players in Sam Groves and Daniel Minto. Goals from Charlie Holma and Dan Riley gave Pinxton a 2-1 victory over the home side who got a consolation through an own goal. The reverse fixture for the 2019-20 season saw Pixton thrash RBL 6-0.

The season before, RBL won 3-1 at home, with goals from Abidemi Lamina and Shaun Smith, while the latter bagged both goals in an away 3-2 defeat earlier that season.

The visitors take a 34 mile drive along the A38 from Pinxton to the Royal British Legion in Mickleover. It's a straightforward route, joining the A38 at the M1 Junction 28 island and following it all the way to Kingsway. Then join Uttoxeter New Road, past the Royal Derby hospital into Mickleover. Take a right onto Western Rod, follow it around and Poppyfields Drive will be on the right hand side.