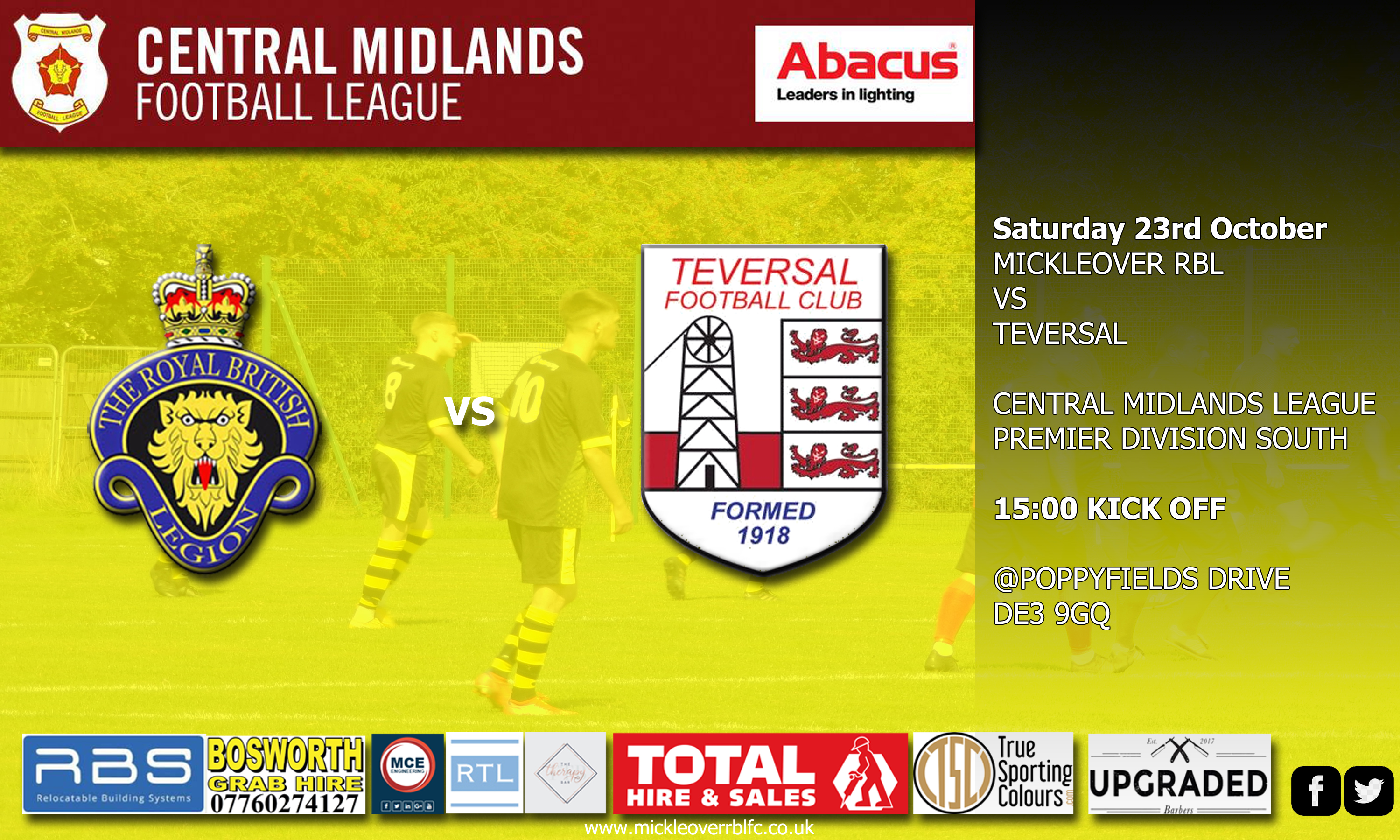 BACK IN ACTION AFTER THE MIDWEEK MATCH WAS POSTPONED

Having missed out on the away fixture to Sherwood Colliery Reserves on Tuesday night due to team members having Covid, the Lions find themselves in second place in the league. Our closest neighbours, Mickleover Reserves easily overcame Teversal Reserves 7-2 to take top spot.

With a game in hand over their rivals, the upcoming match this weekend has added importance if RBL are to keep in touch of top spot. In a twist of fate, the opponents this weekend are Teversal Reserves, who sit third from bottom in the league following their thrashing on Tuesday night.

After the weekend's 6-1 victory over Alfreton Town at Eagle Valley, RBL will have every confidence of extending their six match winning streak and their unbeaten away run, which stretches to five matches so far.

In their last match, the Lions were 3-0 up at half time as Sam Vickers opened the scoring in the first minutes and followed it up with a second on 20 minutes. Liam Oliver bagged the third with six minutes to go until half time. Twelve minutes into the second half, it was 4-0 as Lee Hillier got his first of the afternoon. A late flurry saw Arnold score on 81 minutes, followed quickly by Sam Vickers completing his hat trick from the spot. Lee Hillier bagged his second goal in injury time to make the score 6-1.

Teversal Reserves will be low on confidence after the latest defeat being the fifth straight loss, having won just once since mid August. On Tuesday night, Teversal wnet 2-0 before a well taken goal got them back into the game. This reprieve was short lived, however, as Mickleover went into half time at 5-1. Mickleover won the second half 2-1, making the full time result 7-2 to the home side.

The last time the two sides met was on the first game of the season at the Legion where RBL thumped Sherwood 5-1, with Lewis Durow, Lewis Hillier and a Jordan Lee hat trick sealing the points for RBL.

Both fixtures in the 2019-20 season were cancelled due to the Covid-19 pandemic, with Sherwood Colliery reserves sat at the top of the table after 18 matches.

The last time the two clubs met was in the 2019-20 season, when Teversal Reserves won 3-1 at home in March 2020. This result reversed a 3-0 victory for RBL in December of the same season.

The visitors take a 26 mile drive along the A38 from Teversal to the Royal British Legion in Mickleover. Its a straightforward route, taking Chesterfield Road south to Huthwaite, where the road joins Common Road. Take this down to the A38 and hop off onto Kingsway. Then join Uttoxeter New Road, past the Royal Derby hospital into Mickleover. Take a right onto Western Rod, follow it around and Poppyfields Drive will be on the right hand side.

The bar will be open and everything will be ready for a 15:00 kick off.