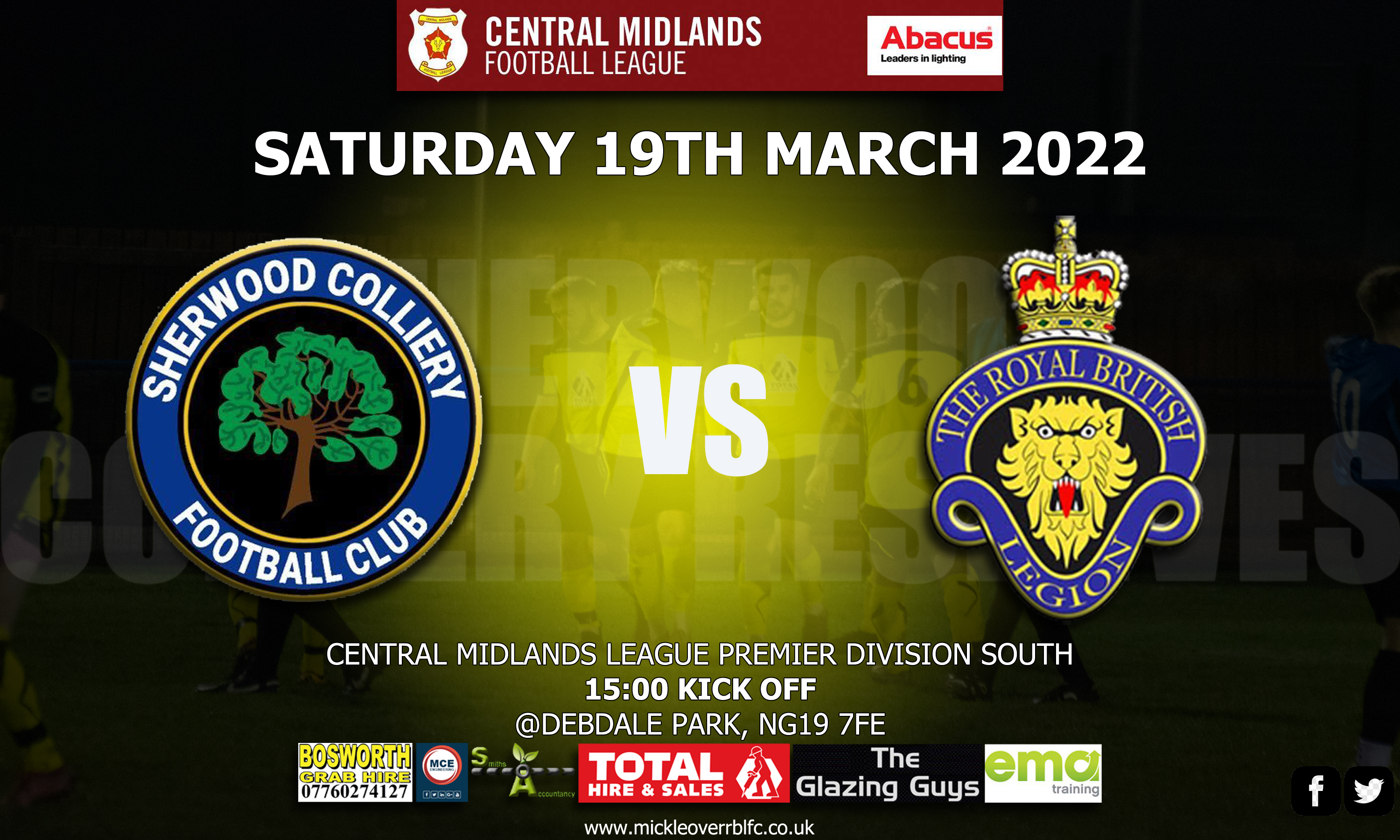 RBL attention this weekend turns back to five consecutive away fixtures after a single home match which followed three more away trips. The first of the five sees them travel to Mansfield Woodhouse where they face Sherwood Colliery Reserves at the impressive Debdale Park.

With a four match unbeaten run in all competitions, the lions will be hoping to do a league double over the weekends’ opponents. Sherwood Colliery themselves are on a three match unbeaten run, although they have not tasted victory in the league since early December.

In their last match, RBL overcame Hilton Harriers 3-0 at the legion, with goals from Jack Smedley and a brace from Lee Hillier sealing the points for the home side.

Meanwhile, Sherwood had a midweek penalties victory in the cup over top of the league, Pinxton after finishing the match at 1-1. Their last league match also finished 1-1 last weekend when they faced South Normanton Athletic at Lees Lane. Ethan Weisztort with the goal.

With RBL sitting in fifth spot, with two games in hand over the teams above them, the gap to the top three looks to be a step too far at this point of the season unless the Lions can maintain a run of victories until the final weeks. They will be keen to make up for a midseason blip which seems to be costly at this point.

A LITTLE ABOUT THE VISITORS

This season's reserve team will be a majority of young players who have followed Jonny Ward from Sherwood Colliery U18s with many taking their first step into mens Saturday football, these young players will be backed up and supported by players from Wayne Savages squad of 23.

The last time the two sides met was on the first game of the season at the Legion where RBL thumped Sherwood 5-1, with Lewis Durow, Lewis Hillier and a Jordan Lee hat trick sealing the points for RBL.

Both fixtures in the 2019-20 season were cancelled due to the Covid-19 pandemic, with Sherwood Colliery reserves sat at the top of the table after 18 matches.

The last time the two clubs met was in the 2017-18 season, when Sherwoods first team were in the Black Dragon South Division. Sherwood ran out 4-0 winners at home, while the teams played out a 1-1 stalemate at RBL

The Lions take a 27 mile drive along the A38 from the Royal British Legion in Mickleover to Debdale Park in Mansfield Woodhouse.

It's a straightforward route, heading along the A38 and taking the turnoff to Alfreton Road (B6023) in Sutton in Ashfield, next to the Snipe Pub. Follow the B6023 through Sutton in Ashfield until turning left onto Dalestorth Street, opposite the New Cross pub. Take a right onto the B6014 at the junction, followed by an immediate left onto Beck Lane. Beck Lane becomes Abbott Road (A6075), which should be followed to the A6191 crossroads. Go straight over here and onto Debdale Lane (which continues to be A6075). Stay on Debdale Lane and the ground will be on the left, just before the turning for the railway station.

The Debdale Park facilities are fantastic, with a decent car park and brilliant clubhouse.