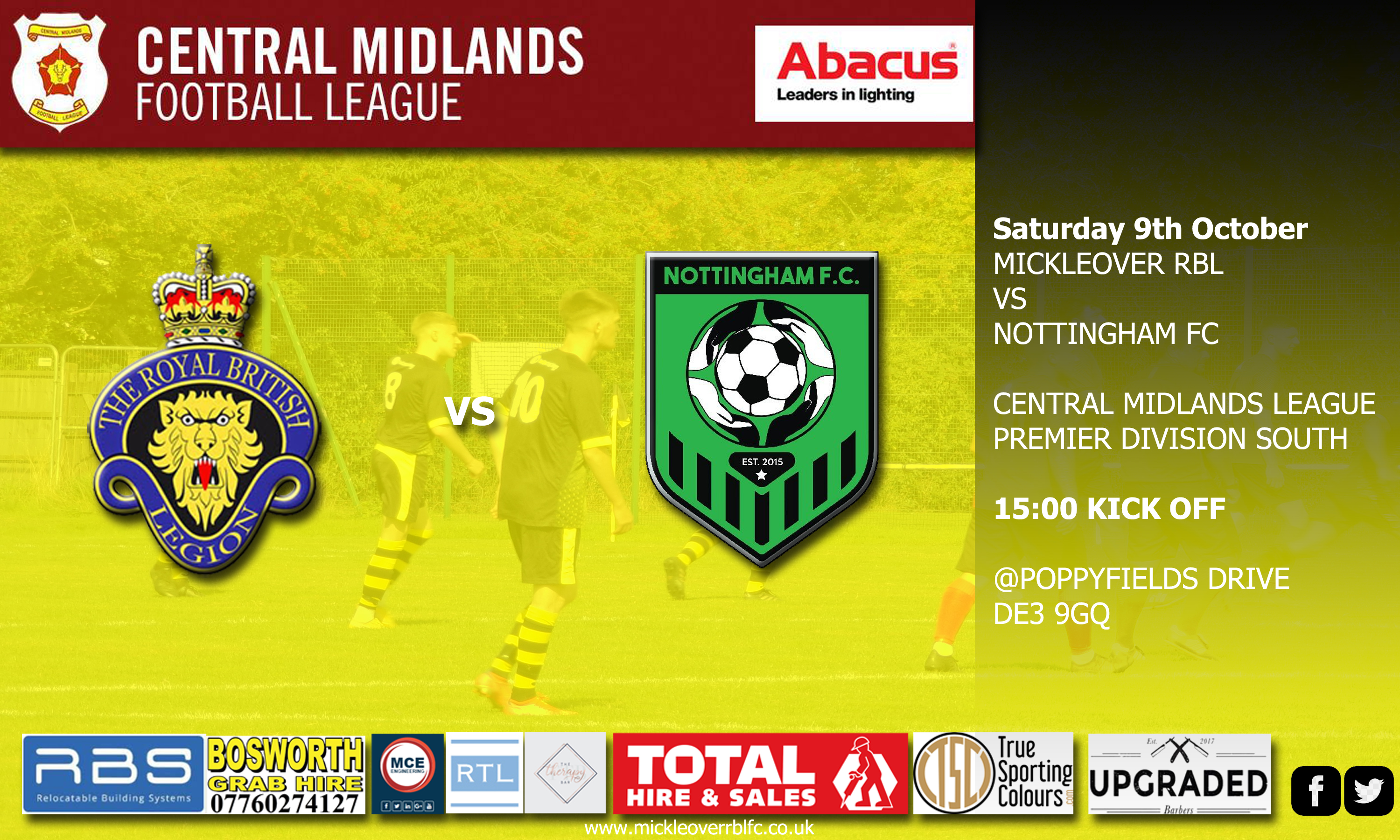 LIONS AIM TO CLOSE THE GAP ON NEIGHBOURS

Sitting just four points from top spot, RBL will be looking to get closer to local rivals Mickleover Reserves as they welcome Nottingham FC to the legion. The management team will be wanting to continue the run of great form and make it five wins in a row against a Nottingham side who themselves are six points from six in their last two matches.

In their last match, RBL toppled the previously top Blidworth Welfare in their own backyard. A close match ended with RBL victorious, winning by a goal to nil, scored by Ben Rushby with twenty minutes of the game remaining.

The match against Nottingham gives the Lions a chance to make it 16 points out of 18. With Nottingham sitting in mid-table obscurity, the home side will be favourites, but should not take anything for granted in this potential banana skin of a match.

Nottingham make the trip from Melbourne Park with a good away record, having won two out of three matches on their travels, their last two matches have been high scoring, one, a home loss as last weekend, they went down 5-2 against Pinxton. The week before, they won against Linby Colliery 6-4. This poor defensive record will encourage RBL, but they will also be aware of the Nottingham goal threat going forward as they have only scored less than two goals in a match once all season.

The two teams have not yet met competitively. This match represents a first for both sides.

The visitors take a 20 mile drive along the M1 and A52 from Aspley to the Royal British Legion in Mickleover. Its a straightforward route, joining the M1 After heading along the A610 from Nuthall to M1 Junction 26. It is then a trip down to junction 25, and then joining the A52 into Derby and then joining Uttoxeter New Road, past the Royal Derby hospital into Mickleover. Take a right onto Western Rod, follow it around and Poppyfields Drive will be on the right hand side.

The bar will be open and everything will be ready for a 15:00 kick off.