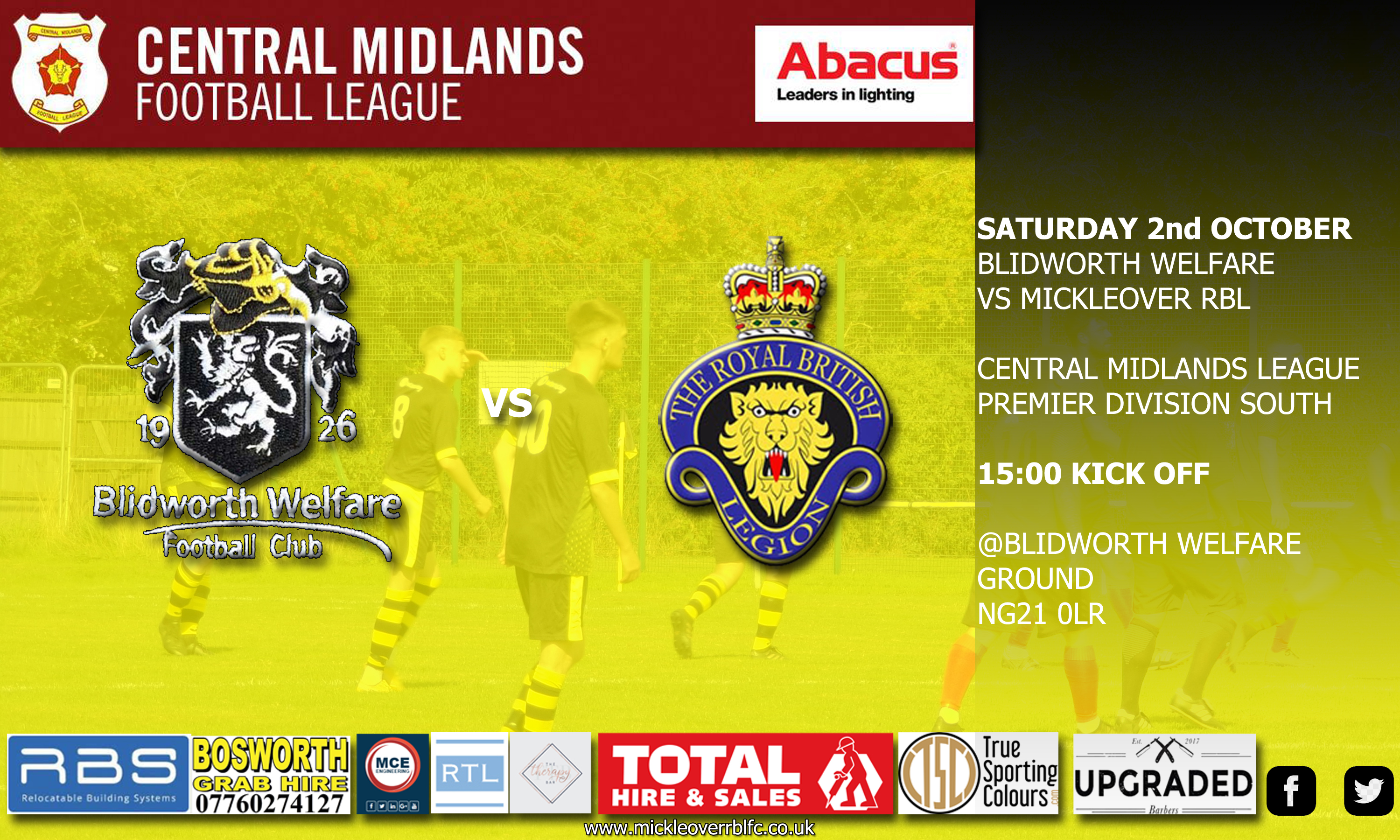 RBL TRAVEL TO THE BEST SO FAR

This weekend, RBL take a slightly longer trip to Blidworth Welfare, who currently occupy top spot in the league having played the most matches in the top half of the table. With three wins on the trot and being unbeaten since the back end of August, the Lions go into this fixture in good form, against a side who are top, despite losing their last match.

Last weekend, RBL overcame Ashland Rovers 3-2 in a match that they dominated and should really have won by a bigger margin. Goals from Daniel Minto, Sam Groves and Same Vickers were enough to take all three points against an average, but stubborn opposition.

The match on Saturday gives RBL the chance to extend their unbeaten away run and put pressure on the sides at the top. This is easier said than done as Blidworth sit top, six points above the Lions, having played twice more.

Blidworth lost their only game of the season last weekend against Mickleover Reserves. Until that point, they were able to boast an impressive total of 23 points from a possible 27, with some high scoring victories along the way. When the 2020-21 season was called to a halt, Blidworth sat in a familiar position, at the top of the league, with 31 points out of 33. They will be eager to continue this run of form as far into the current season as possible, with just one league defeat since January 2020.

The last meeting between the two sides was in December 2019, when the spoils were shared at Blidworth in a 3-3 draw. Before that, a 4-3 win for the welfare as they visited RBL in August 2019. In the 2018/19 season, RBL managed a 2-2 away draw and a 3-1 home defeat. The Lions will hope to make it fifth time lucky as they search for a first victory against Blidworth in over three years.

The Lions take a 31 mile drive along the A38 from the Royal British Legion in Mickleover to the Blidworth Miners Welfare Social Centre. Its a straightforward route, hopping off the A38 in Sutton in Ashfield onto the A617 towards Rainworth. Take a right turn onto Blidworth Lane and continue until you see the the Welfare on the left.

The carpark looks reasonable and a short walk around a cricket pitch will get you to the match for a 15:00 kick off.