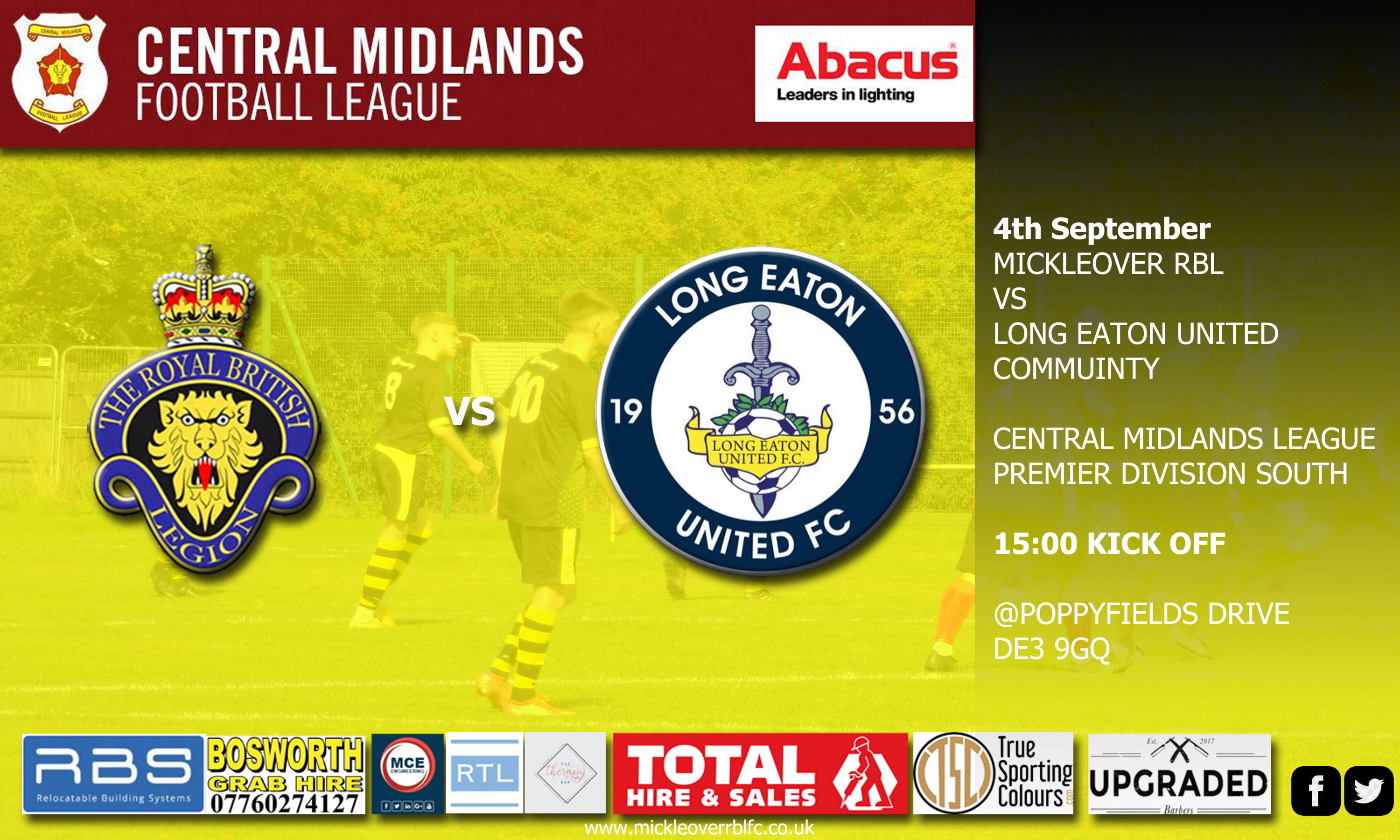 ALL YOU NEED TO KNOW ABOUT TOMORROW'S MATCH

This weekend, the ante is upped again as third placed Long Eaton United Community are the latest visitors to the legion. After a tough match against Linby Colliery Welfare last weekend, ending in a 2-2 draw, this weekends’ opposition look to be another challenging fixture.

Last weekend, Jordan Lee continued his goalscoring run, making it seven goals in five matches for the season so far, with Sam Vickers netting the other goal with a stunning strike from the edge of the box into the top left corner of the Linby goal. Young goalkeeper Callum Beresford-Morris performed well on his senior home debut.

With the winless run now at three matches, the Lions will be wanting a performance to match the huge effort of the previous week, and a little more luck against stern opposition this weekend. Long Eaton, having lost their opening match against Linby, have since gone on to win three and draw one of their last four matches, scoring nine goals and conceding just once. With the top two teams seemingly pulling away from the chasing pack, both sides will be desperate for the full three points on Saturday.

Long Eaton United Community come to us on the back of a stunning 1-0 away win over previously top Mickleover Reserves. Before that was a 6-0 hammering of Teversal and 1-0 home win over Rowsley. As with all other clubs, Long Eaton were disappointed to have last season cut short by the Covid pandemic. They sat comfortably at the top of Division One South, having won all of the ten matches that they were able to play. The result of this being that they were promoted to Premier Division South. Having racked up 13 wins out of 15 in the league since March 2020, Long Eaton will be wanting to continue to stretch this record further.

A great match is promised as both teams need the points to put pressure on the top teams, while RBL will be keen on also avoiding slipping to mid table obscurity.

We look forward to seeing the supporters from both teams at the Legion. The bar will be open and the beer is great.